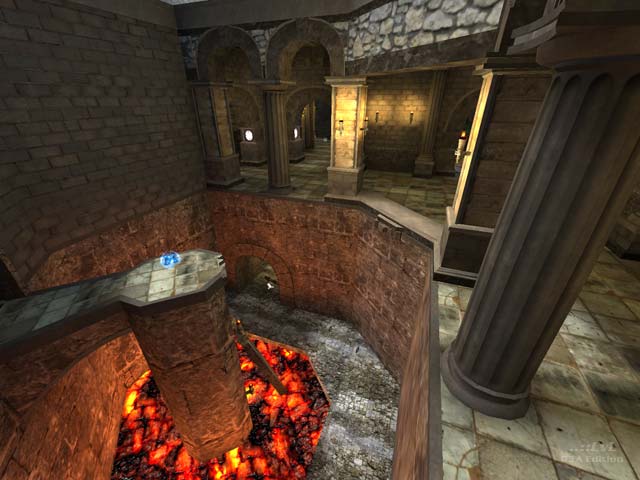 Here is another Maverick Summer 2011 Competition map for people to enjoy. A medium-small dueling map, (which you most likely guessed from the name). Roman Duel was initially a one-man project but eventually Bliccer decided to team up with DaEngineer. Interestingly, Bliccer has also collaborated with g0th for the Summer 2010 competition, see Carved Grounds. Roman Duel received 10th place, but do not let that frighten you - this is actually quite the quality map. The original map submitted for judging looked okay, but this version, submitted after the contest end, includes several aesthetic improvements by DaEngineer, as well as some minor gameplay modifications.

The layout, which Bliccer formed, is open yet compact. The MH resides on a tall pedestal surrounded by shallow lava, which can be reached either by circle-jumping from the sides of the room or through the rubble and dirt in the back. People experienced with the game's physics will find the former to be the more convenient method.

The RA is located in a room overshadowed by a giant tree, courtesy of DaEngineer. Right below the RA is a custom-designed teleporter which takes you to the bottom of the MH room - right next to the lava. It's two-way so you can also go the other way around. A common tactic could be to grab the MH then the RL (just a drop down) and use the tele, then RJ up to RA. It would cost a bit of the health that you received from the MH, but you would keep both items out of your enemy's hands. Other rooms include the LG room behind mega, a hub room with three sets of stairways, and a side room with SG / YA.

The authors have made every attempt to fit the theme of the map with the gameplay elements and make sense of them in a real-world way, minus the advertisements which had to be included in the competition. (Which are still implemented nicely, with wooden supports, etc.) For example, the jump pads are powered by natural steam from magma below - a clever method of getting around the fact that Romans had no electricity.

Bad points? Well, it's infuriating trying to squeeze your way through the hole adjacent to RA. Not only does it make you an easy target, it tends to slow down the normally fast pace of the arena. A bit of brush calibration could have made it flow more smoothly. No TeamDM (2v2) support. There are also some curve / patch problems where the seams show from vertices not connecting perfectly - but that's nitpicking territory.

If Julius Caesar were still alive, I'm sure he'd approve - it's a tastefully crafted 1v1 arena that competitive and casual Quake III fans will be sure to check out. 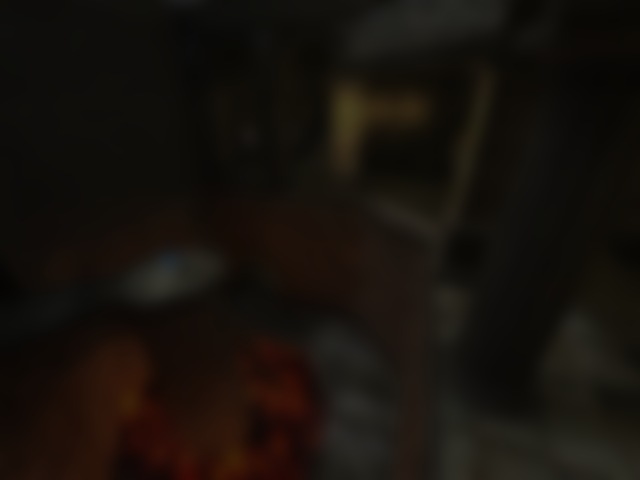